After an amazing week of travelling around the North Island I ventured to the South. We were booked onto the Interislander ferry from Wellington at 4am but we arrived early and they let us on the evening one meaning we landed in Picton at midnight. 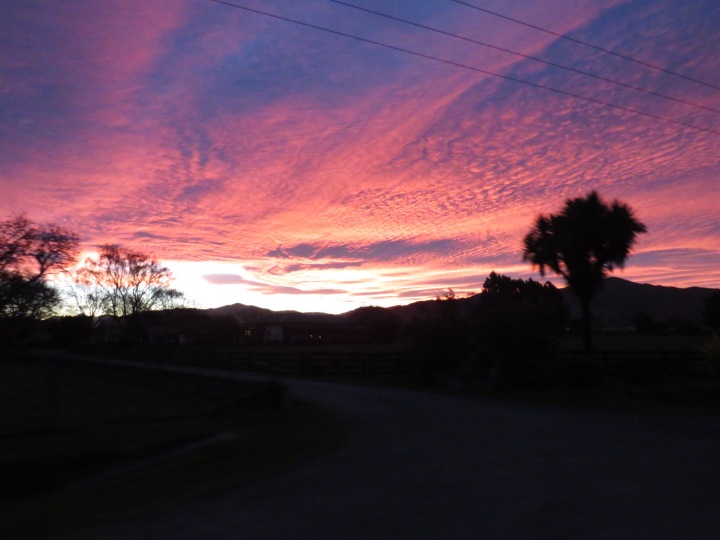 With it being so late and so much driving ahead we booked into a camp ground just minutes from the ferry – Alexanders Holiday Park. The great thing about New Zealand is that there is camp sites within reasonable driving distance from each other that have warm showers, Internet, powered sites and even lodges for sleeping. It’s a great set up and costs roughly €20-€25 per night.
The road trip to Hamner Springs:
After a night sleep and a hot shower in Picton it was time to take to the road to Hamner Springs. If there is one bit of advice I could give it is to have food packed in a camper at all time because you may not pass a station or eatery for hours. Make sure to have a camera charged though as there is so much to see along be way.

If you are fond of the liquidised grape I would suggest making time to stop into the many award winning vineyards in the Marlborough region.
Waterfalls:
With the islands being so mountainous there are waterfalls all over the place and each location caters for tourists to pull in and take some snaps. For me, this was of great excitement as we don’t have many around home.

The Old Red Barn:
After hours of driving and hunger levels at a high The Old Red Barn came upon us along Highway 63. We had to take this route as Highway 1 was destroyed at Kaikoura following the earthquake.

The restaurant was the only one for miles and it was old and rustic looking with a pet farm along side it. After a much needed refuelling a visit was paid to all the animals who followed us around as we fed them treats. A nice little break before the drive continued.
Hamner Springs:
After a couple more hours of driving we landed in Hamner Springs. It’s a tourist hub with hot thermals and pools, perfect for winter time. The town itself was visited by Lions fans as well as locals. O’Flynns Irish bar was in the heart of the town offering winter meals and local beers. It was the first real sense of van life with loads more Lions fans about the place. 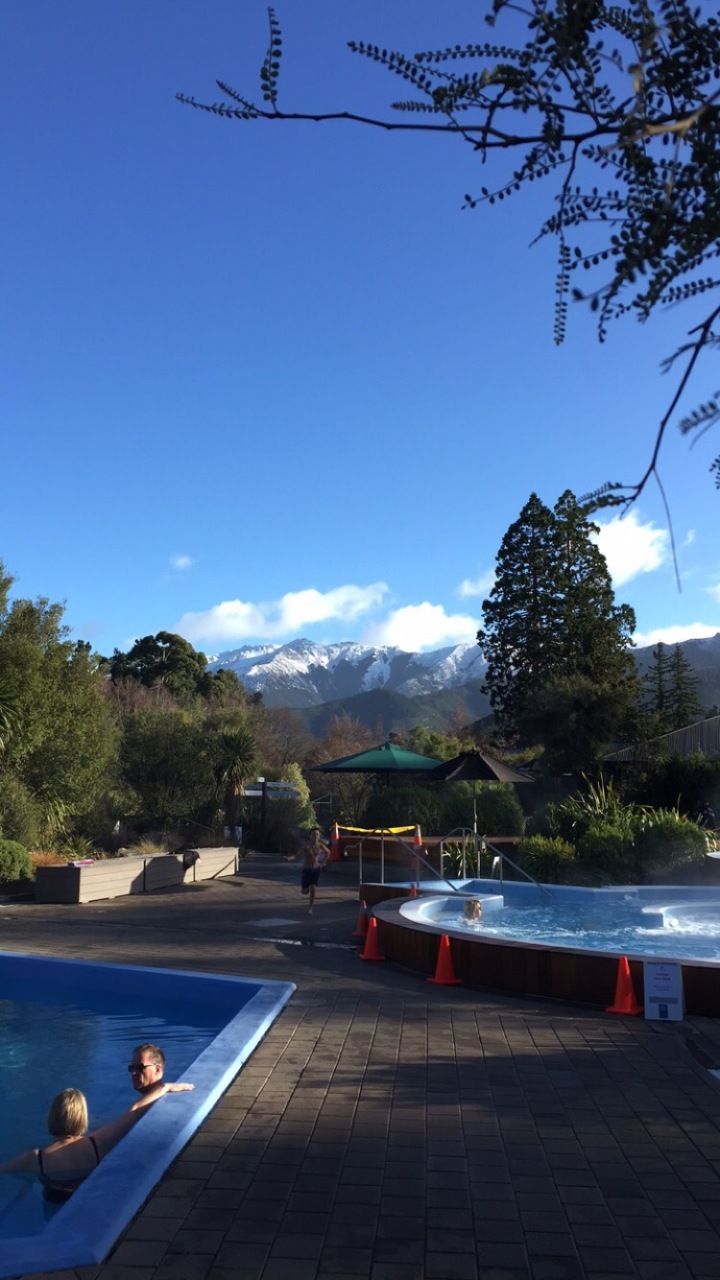 The following day a trip to the hot pools was essential. It’s the ultimate experience sitting in 40 degree pools surrounded by snow capped mountains. Mind you walking from pool to pool was a little testing. Aside from pools there are water slides which also end in warm water. But the highlight for me was the natural sulphur springs. While these pools didn’t smell pleasant these naturally hot pools are full of minerals great for the skin.

Christchurch:
We landed into Christchurch on the day of the third game. With family and friends to stay with, it was a welcoming break from the van. Home cooked meals and a real bed felt like the lap of luxury. Once the dust settled after that great win against the Crusaders it was time to check out the city. It was quite daunting to see the damage still visible from the earthquakes in 2011. Two cathedrals have been untouched since the devastating quake and lie with their towers in ruins and rubble lying at the doorstep. With so much building still going on to restore the city it’s clear to see why so many Irish have moved over.

The road to Dunedin:

After Christchurch the Lions tour took us to Dunedin next and along the way there was a few stops made. The Moeraki boulders are fascinating. A great bunch of boulders came plummeting down the mountain and landed on the beach and have remained ever since stuck along the golden sandy beaches. It was amazing to see them and the fact that they haven’t worn away over time.

As the drive continued it would have been a shame not to stop at Shag Point to see the penguins and seals in their natural habitat. The seals were all sleeping on the rocks and didn’t even bat an eyelid as we edged closer taking pictures. The Penguins kept there distance on large rocks out from the coastline.

Dunedin:
Known as the student city, Dunedin was the most southerly place to host a Lions game. Along the way people noted that this place was the most lively. It certainly didn’t disappoint. It was also the place that most Lions fans seemed to descend. Campers all over the city and every motel hanging No Vacancy signs on the door.

As like most cities all over the world, the Irish pubs were the gathering place for almost everyone it seemed. The Octogon is known as the bar strip and where we spent our nights. The Craic Irish bar belted out the tunes and had everyone singing before the game even started. It was great to see the Irish, English, Scots, Welsh and Kiwis all together, shoulder to shoulder. 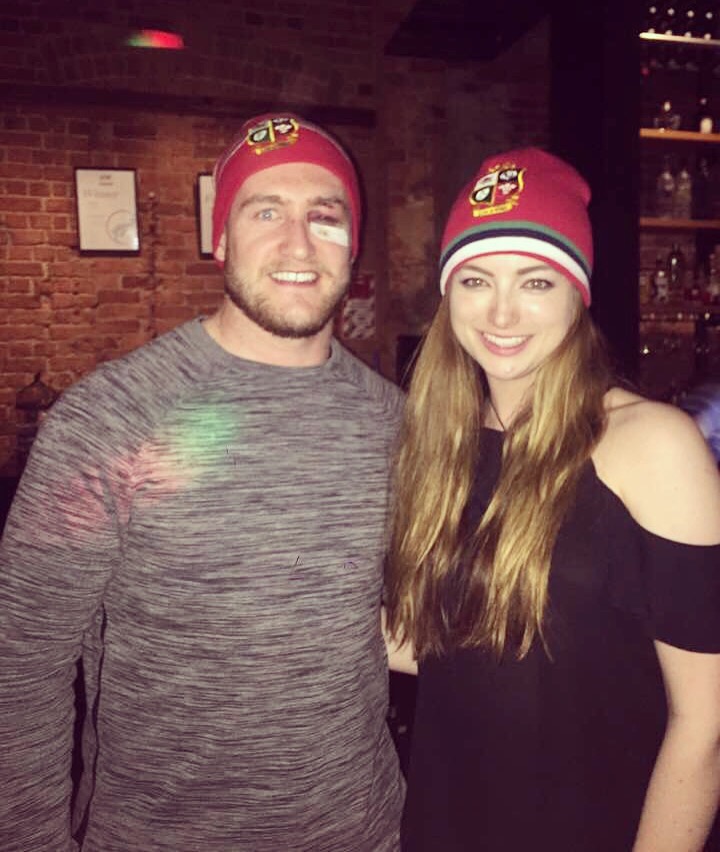 Queenstown:
Following a very funfilled few days in Dunedin, it was time to venture further South and hit Queenstown. Sadly this was only to be a short visit as time was against us. As soon as we pulled into this energetic city I knew I wanted to stay longer. 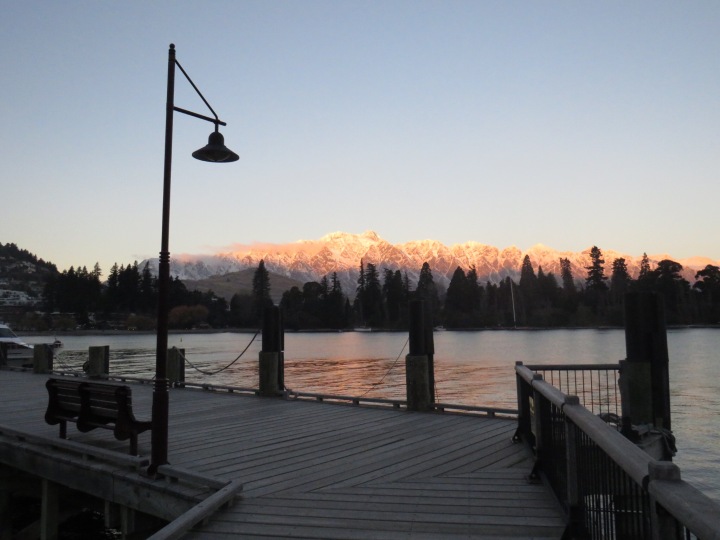 Glaciers:
We drove through the night and when we felt tired we would pull the van over to sleep. After visiting Queenstown, we decided to sleep close to the glaciers. Little did we know in the dead of the night that we were in fact sleeping at the foot of one. Fox Glacier and Franz Josef glacier are a sight to behold. 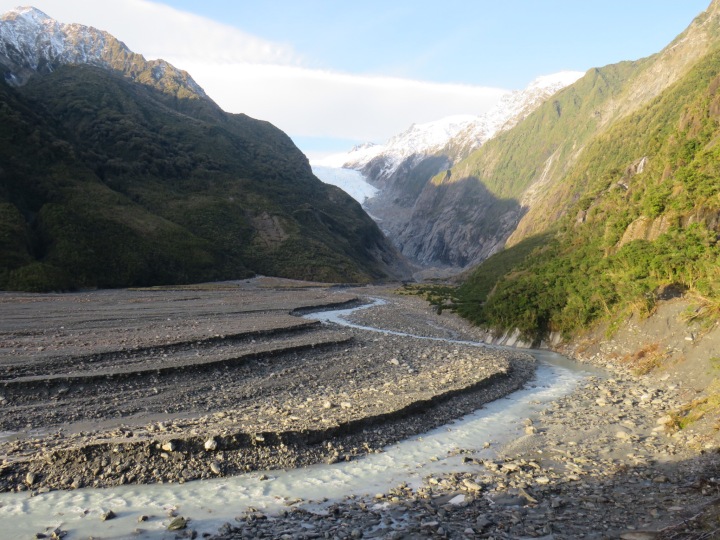 You can charter helicopters aroung them (A little pricey) or you can walk along the foot of them. Bear in mind it is very chilly but it is worth the visit. 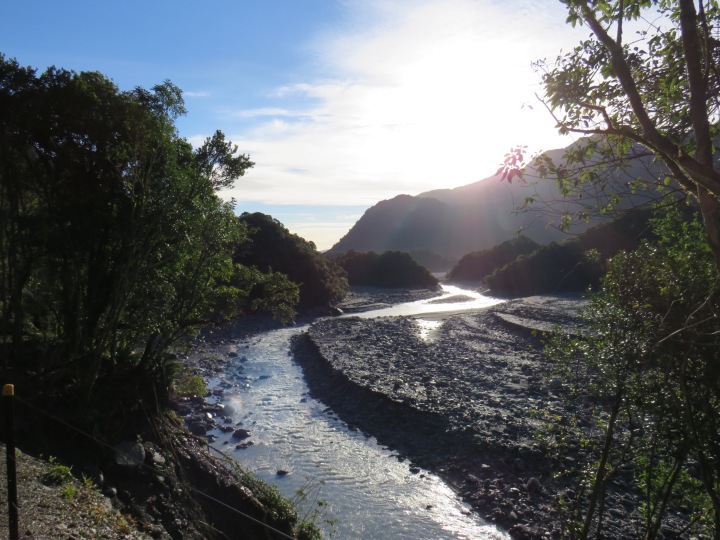 All in all, New Zealand is a stunning place with so much activities to do. I only got to partake in a fraction of things but it’s somewhere I plan to revisit.
Meghann
x